RESCUED! Hope for the Future from the Book of Daniel (Part 1)

Some of the most memorable stories in all of the Bible are found in the Book of Daniel. Even if you’ve never read much of the Old Testament, I’ll bet you’ve probably heard about how three Hebrew men survived King Nebuchadnezzar’s fiery furnace or about how God protected Daniel in the lions’ den. Have you ever heard the phrase, “the handwriting on the wall?” That saying comes from a story found in the Book of Daniel, too. Then there’s the astoundingly accurate visions given to Daniel concerning the rise of future world empires and how they would impact God’s people. Are there lessons for us in these harrowing accounts? Do Daniel’s apocalyptic visions from ancient times have anything to say to believers today?

Earlier this year, I spent sixteen weeks exploring these same questions with my church small group. I wondered if I might be able to write a meaningful Bible study based on some of the teaching I did. Thus, the series of articles posted here. I invite you to take a closer look at the Book of Daniel with me. I am excited to share with you the discoveries I’ve made while researching this extraordinary part of the Scriptures.

(What I post here is a work in progress, and your feedback is most welcome. You may send it to me at ldeshazo@bellsouth.net.

The Book of Daniel is thought to have been composed toward the end of the sixth century BC (ca. 520), during Daniel’s lifetime. Others suggest it dates from the early 2nd century BC (ca. 165), around the time of Antiochus IV Epiphanes and the years of the Maccabean Revolt. Those who hold the later date opinion question whether anyone could have seen the future as accurately as Daniel’s visions foretold, so it must have been written “after the fact.” That is not the position we are taking.

The book consists of two parts. Chapters 1-6 tell the stories of how God is honored through the lives of Daniel and his three friends in Babylon, where the Jewish people have been exiled. Chapters 7-12 detail Daniel’s four apocalyptic visions of future world kingdoms and show how God’s final kingdom is victorious over them all.

Daniel is a man gifted with an unusual ability. He is able to “understand all kinds of visions and dreams” (Dan. 1:17). Jesus Himself calls Daniel a prophet (Matt. 24:15). But in the Hebrew Scriptures, the Book of Daniel is organized as part of the Writings, not as part of the Prophets (i.e., the Law, the Prophets and the Writings). Perhaps that is because there are no oracles from Daniel that call God’s people to repentance as are typically found in the prophetical books of the Old Testament. The prophets have warned God’s people what would happen to their nation unless they turned back to God. Now, with God’s judgment of exile already upon them, the message of the Book of Daniel comes not to underscore the judgement, but rather to encourage God’s people right in the midst of their distress and uncertainty.

Chapters 1-6 contain the stories of Daniel and his three friends, who rise to prominence in the Babylonian Empire while remaining loyal to their God. Fee and Stuart note four emphases in this portion of Daniel:

Chapters 7-12 contain a series of apocalyptic visions about the rise and fall of world empires as they appear in succession upon the world stage. A coming tyrannical ruler is involved in each case, most often understood to be Antiochus IV Epiphanes. He is one of the Greek Seleucid rulers of the ancient land of the Jews (175-164 BC). Antiochus IV is the first in a series of antichrist figures appearing in both Jewish and Christian literature because of his desolation of Jerusalem and sacrilege of the temple.

Chapters 2-7 are written in a “chiastic” pattern of Hebrew literature. For example, “ABCCBA.” The two halves of the pattern are thematic mirror images of one another.

Chapters 2 and 7 have similar visions of future kingdoms, ending with a vision of God’s final and eternal kingdom. Using the above example of a chiastic pattern, they are represented by “A.” Nebuchadnezzar’s vision of the metal statue in Chapter 2 is similar to Daniel’s vision of the four beasts in Chapter 7.

Chapters 3 and 6 both have stories of a miraculous deliverance, where the opposition is against the God of Israel. These are the stories of the fiery furnace and the lions’ den. These two accounts are represented in the chiastic pattern by “B.” Finally, the events of Chapters 4 and 5 are about the demiseof two Babylonian kings, who both acknowledge the greatness of Daniel’s God in the end. The accounts of Nebuchadnezzar’s descent into madness and Belshazzar’s seeing the handwriting on the wall are represented by “C.” 2

The Babylon referred to in the Book of Daniel is not the great empire once ruled by Hammurabi, when the Babylonian Empire was at its zenith. You may recall studying about Hammurabi’s Code in your high school world history class. Hammurabi ruled Babylon from 1792-1750 BC. Daniel is exiled to Babylon about eleven hundred years later.

The Babylonia of Daniel’s exile is a lesser power that came to prominence after invading Assyria ca. 616 BC and only endured 85 years. Historians call it Neo Babylon. Its capitol city was Babylon and the empire was located in the south of modern-day Iraq.

There were three waves of exiles taken to Babylon from the land of the Jews over a span of 19-20 years. Daniel and his friends are taken in the first wave, which happened in 605 BC. It was a common practice for invading kingdoms to first carry off the brain trust of conquered peoples, and these four were sons of Israel’s noble families. The prophet Ezekiel was taken in the second wave, in 597 BC. The temple in Jerusalem would remain until its destruction in 586 BC, when the third and last group of Jews were taken away to Babylon.

Now that you have some background on the Book of Daniel, let’s move on to the text.

DANIEL CHAPTER ONE – Exiled to Babylon

Daniel 1:17 “As for these four youths, God gave them knowledge and intelligence in every branch of literature and wisdom; Daniel even understood all kinds of visions and dreams.”

Jerusalem is besieged by Nebuchadnezzar, king of Babylon. Daniel, Hananiah, Mishael, and Azariah are taken to Babylon as youths. They are to be educated in the literature and language of the Chaldeans, with a view to entering the king’s personal service. They’re assigned new names: Belteshazzar, Shadrach, Meshach and Abed-nego. Their “college” is to last three years, at which time they will enter the king’s personal service.

A provision of their training includes a daily allotment of food from the king’s larder. They are perhaps eating better than their fellow exiles. But Daniel determines not to defile himself with the king’s choice food and wine (the Jews have laws concerning what they can and cannot eat) and asks permission from the commander in charge of his training if he and his friends may refrain. Another possibility is that Daniel wants to remain in solidarity with his countrymen who do not have the abundant food that he and his friends have been provided with as a privilege of their education in Babylon. But the king’s commander is concerned that the four youths will not prove to be as healthy as the others, and his life is in peril if the king is displeased with him. So Daniel proposes a test over ten days. Let them eat only vegetables and drink water and see how they compare with the rest. In ten days’ time, they were indeed looking better than the rest of their class, so the vegetable and water regime continued. Daniel and his friends were able to “keep kosher.”

At the end of their three years of training, these four young men excelled above the others and they entered the king’s personal service. All four remained in important positions in Babylon throughout their lives, because of the favor of God upon them in response to their faithfulness to Him. 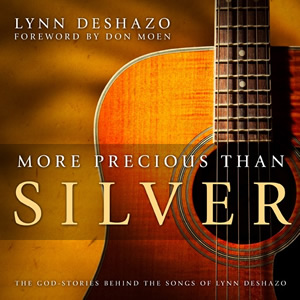